The story of a Finnish woman and the Kuopio – Capital of Lakeland exhibition in the Pudong district of Shanghai, from 12 to 27 October 2017

Kuopio under the Shanghai sky 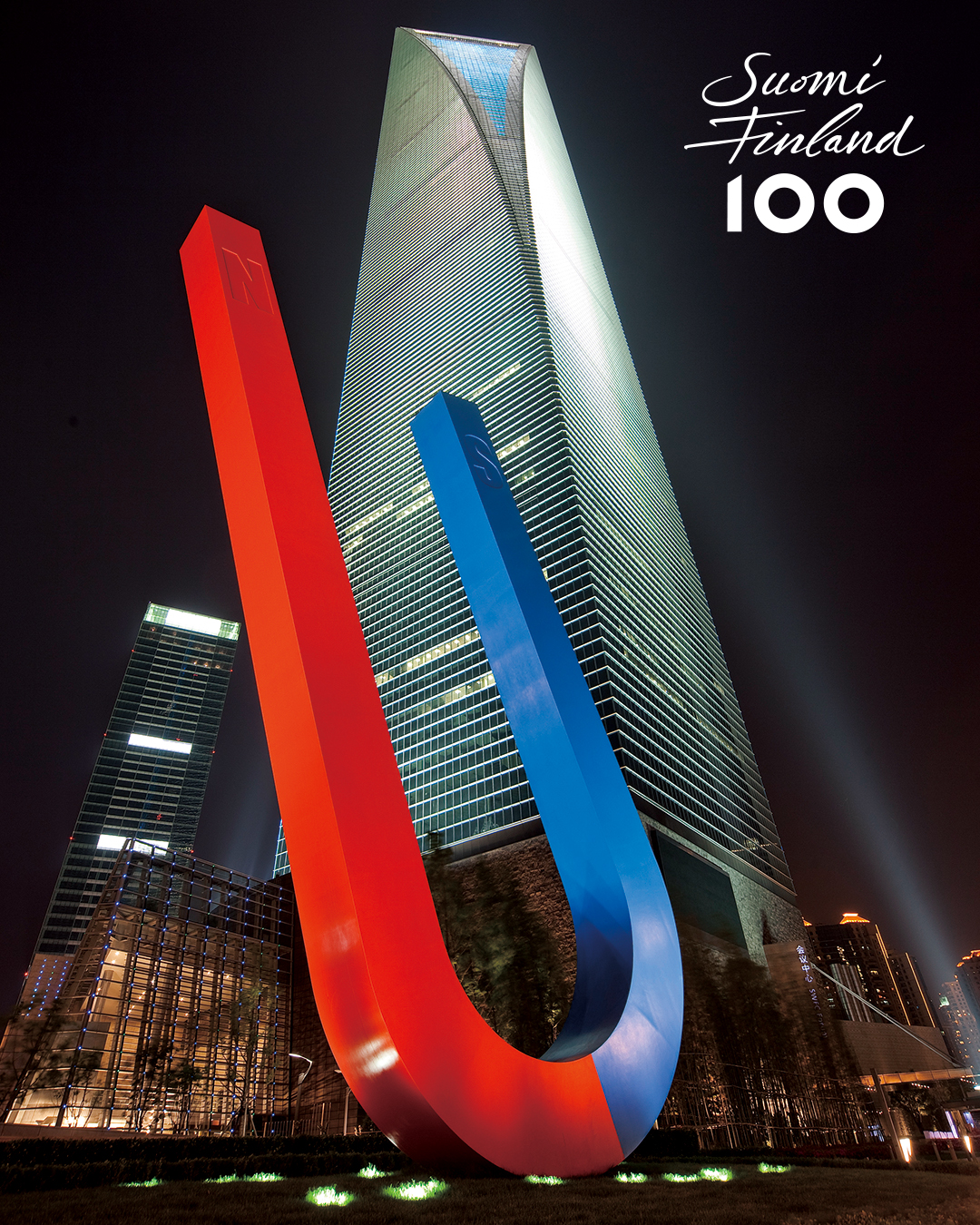 Kuopio and the Shanghai Pudong New Area are celebrating their friendship at the Yun Jian Art Museum in the Shanghai World Financial Centre in October 2017.

The exhibition is made up of 50 unique glass works by the artist Ritva-Liisa Pohjalainen and opens up perspectives on Finnishness and the story of a Finnish woman. The exhibition also presents Kuopio as the tourist capital of the Finnish Lakeland and brings out the themes of health and wellness expertise, education export and the diverse cooperation between the sister cities regarding education and cultural  exchange.

Philosophy of the exhibition

In addition to the glass artworks, Finland’s nature and four seasons will be made perceptible to the senses of the exhibition visitors through videos and panoramic views. The nature images in the videos are juxtaposed with Kuopio’s strong health and wellness expertise, high level of education and Finland’s anniversary year theme, “Together”.

For Finnish companies, the exhibition will be an open networking and meeting place. 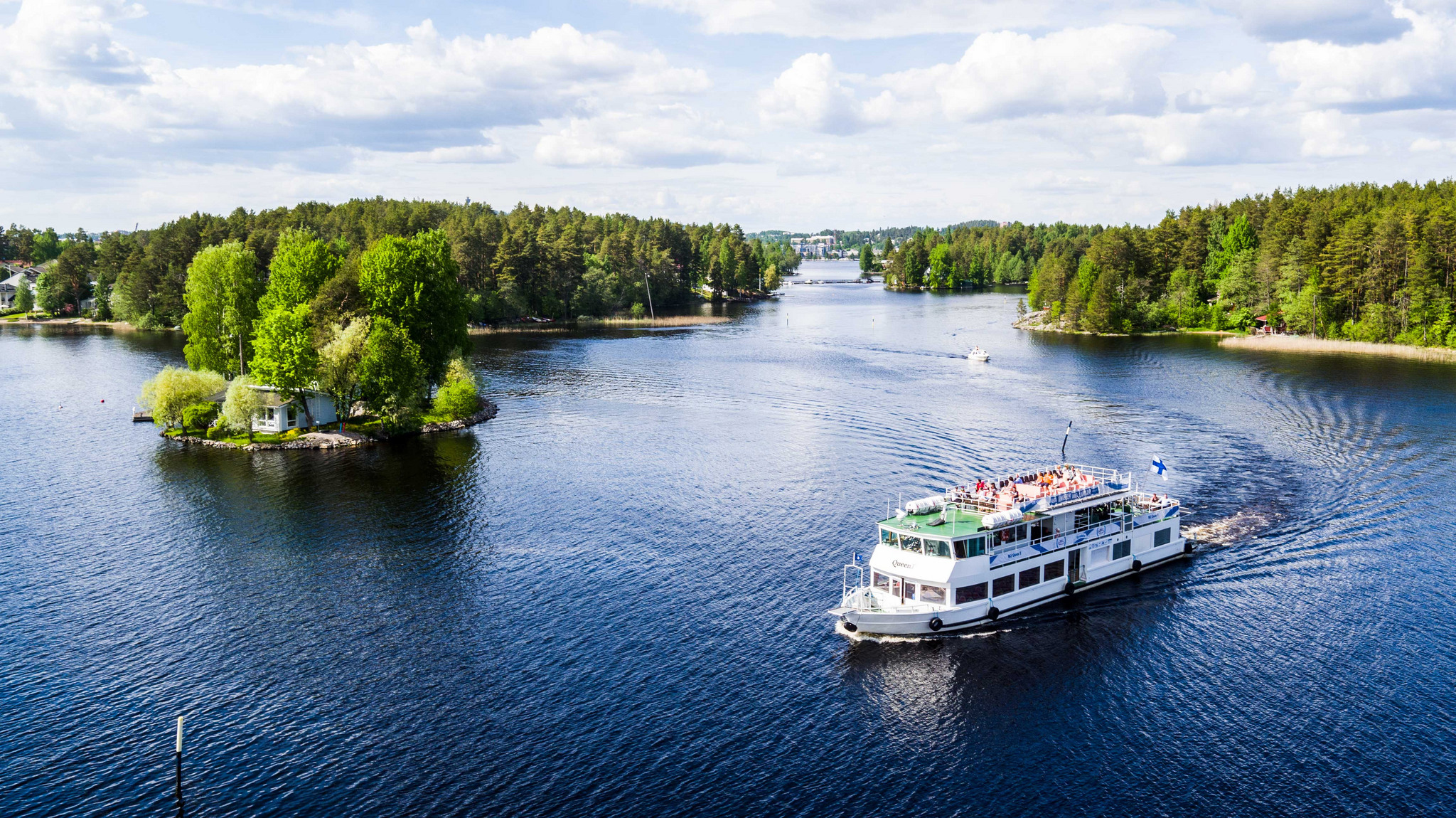 Surrounded by unspoilt nature and water, Kuopio is the capital of the Finnish Lakeland. A leader in health and wellness expertise, the growing city is strongly characterized by education and research, culture, tourism and a diversity of businesses. In Kuopio, closeness to nature is a source of inspiration and wellbeing in both business and art.

Located between East and West, with snowy winters and bright summers, Finland has a number of fascinating contrasts. The weather varies during four seasons; winters bring snow and clear skies, in summer it ́s warm enough to swim in the thousands of lakes in Finland.

Top know how in Kuopio: Health and environment

Kuopio is a dynamic and constantly growing business city. The region of Kuopio is a unique combination of science, technology, art, industry and security. It is also one of the country’s innovation hubs and an important university city. People in Kuopio are known as the forerunner of wellbeing, health and environment expertise.

Kuopio is the home of several internationally recognised hi-tech and service companies. In the field of medicine, Medfiles, NewIcon and Servicepoint have combined their efforts to ensure the safety of production and distribution lines. The aim is to guarantee the safety of the whole service chain from pharmaceutical research to product development and production and on to the patient.

FinnHealth is a personalized health and medical tourism service offered by Finland’s most modern medical facility Kuopio University Hospital with its partners. FinnHealth helps diversely with the treatment of diseases, and have access to hundreds of specialists in the elds of medical specialties. Speciality e.g. in cardiac treatments, neurosurgery, treatments of epilepsy and cyperknife treatments.

The Savilahti area, which also covers the Science Park, has hundreds of technology and service companies, several national research centres and numerous testing and analysis laboratories. The area is a unique combination of skills and know-how in the fields of health and well-being. Also several internationally successful companies have laid their foundations into the region.

Finland ́s education system is ranked as the best one in the world. The city of Kuopio is no exception. The City of Kuopio offers high quality basic and upper secondary education for children and young people. Great performance in Pisa results, teacher competence, innovative, digital learning environment and collaborative classroom practice make Finnish education unique also in Kuopio. 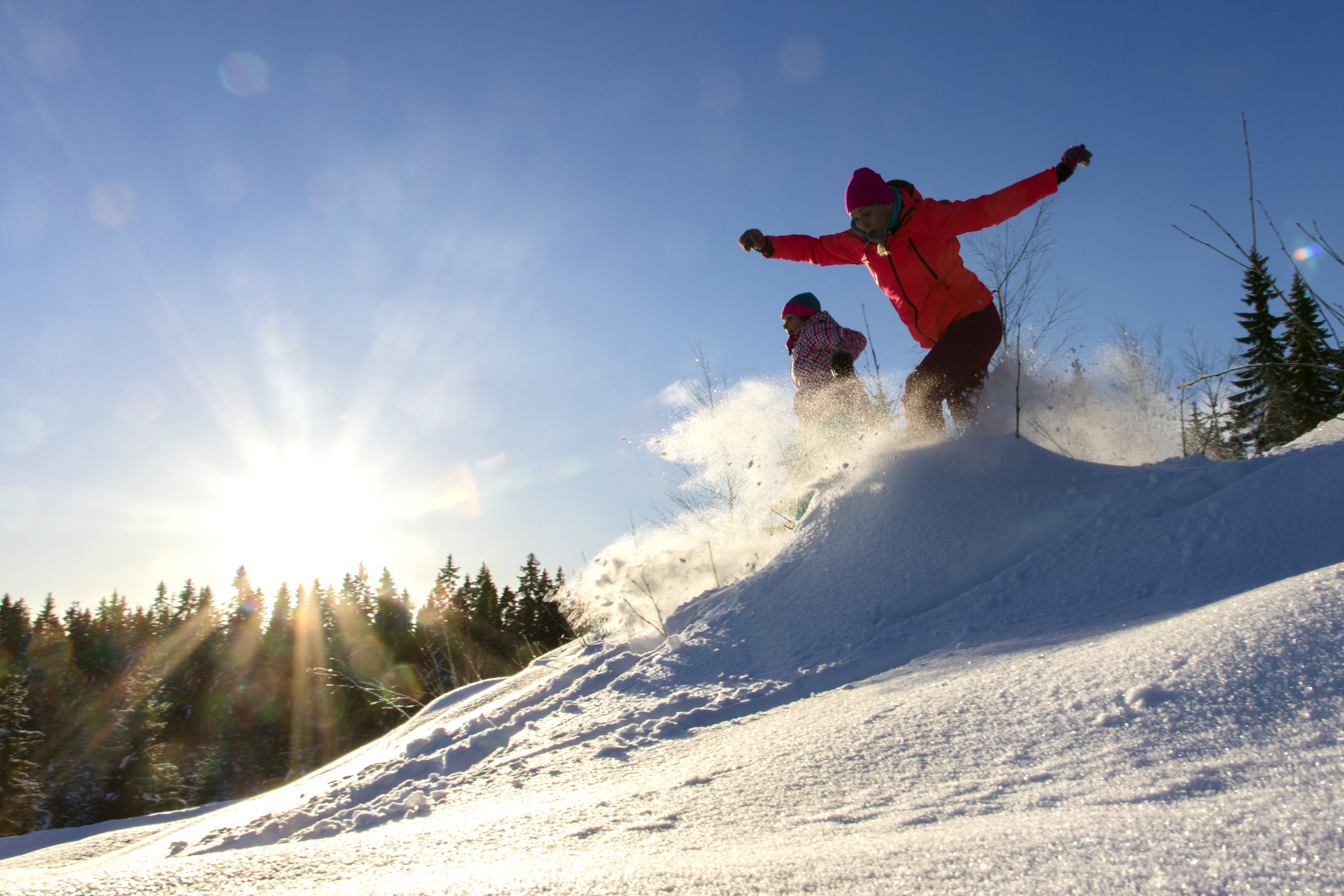 Tahko Holiday Centre is a year-round travel destination. Tahko introduces visitors to Finland’s beautiful lakes and forests and provides high-quality services and accommodation. In the winter, Tahko offers exotic activities in the surrounding countryside including snowmobiling, husky sledding, snowshoe adventures and many more. Tahko is also the fourth biggest ski centre in Finland with 25 magnificent slopes for downhill skiing. In the summer, visitors are taken to the lake for canoeing, jet ski or fishing trips. Guided hiking and biking tours in the forests, as well as golf, are further examples of summer activities that make for unforgettable experiences. 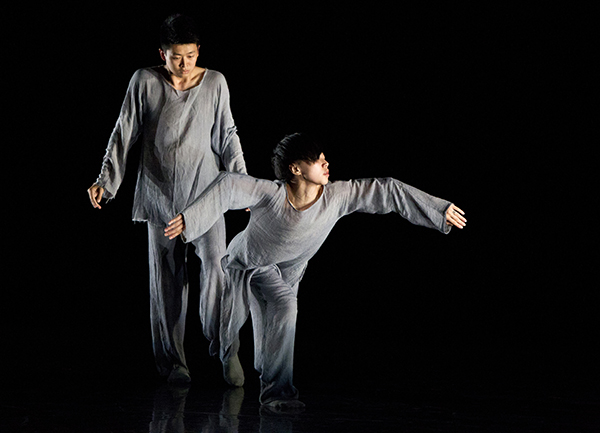 Kuopio is known for its high-class culture and cultural services. Culture has always had a strong impact on both the region of Kuopio and the whole of Eastern Finland.

Dance, movies, photography and children’s culture are deeply rooted in the everyday life of the city. The cultural events of Kuopio are definitely worth experiencing. The summery Kuopio Dance Festival is one of the most unique and famous annual dance celebrations in the Nordic countries. It stages performances for dance groups from all over the world. Kuopio Music Centre is one of Finland´s most important conference and concert centers and also home to Kuopio Symphony Orchestra. The exceptional acoustics of the magnificent main hall are considered to be one of the best in Finland. Kuopio City Theatre is the largest professional theatre in Eastern Finland.

In 2016, China granted the prestigious Exchange and Cooperation Award for Friendship Cities to China to the Shanghai Pudong New Area’s first sister city, Kuopio. This is the only such award given to a Finnish sister city. 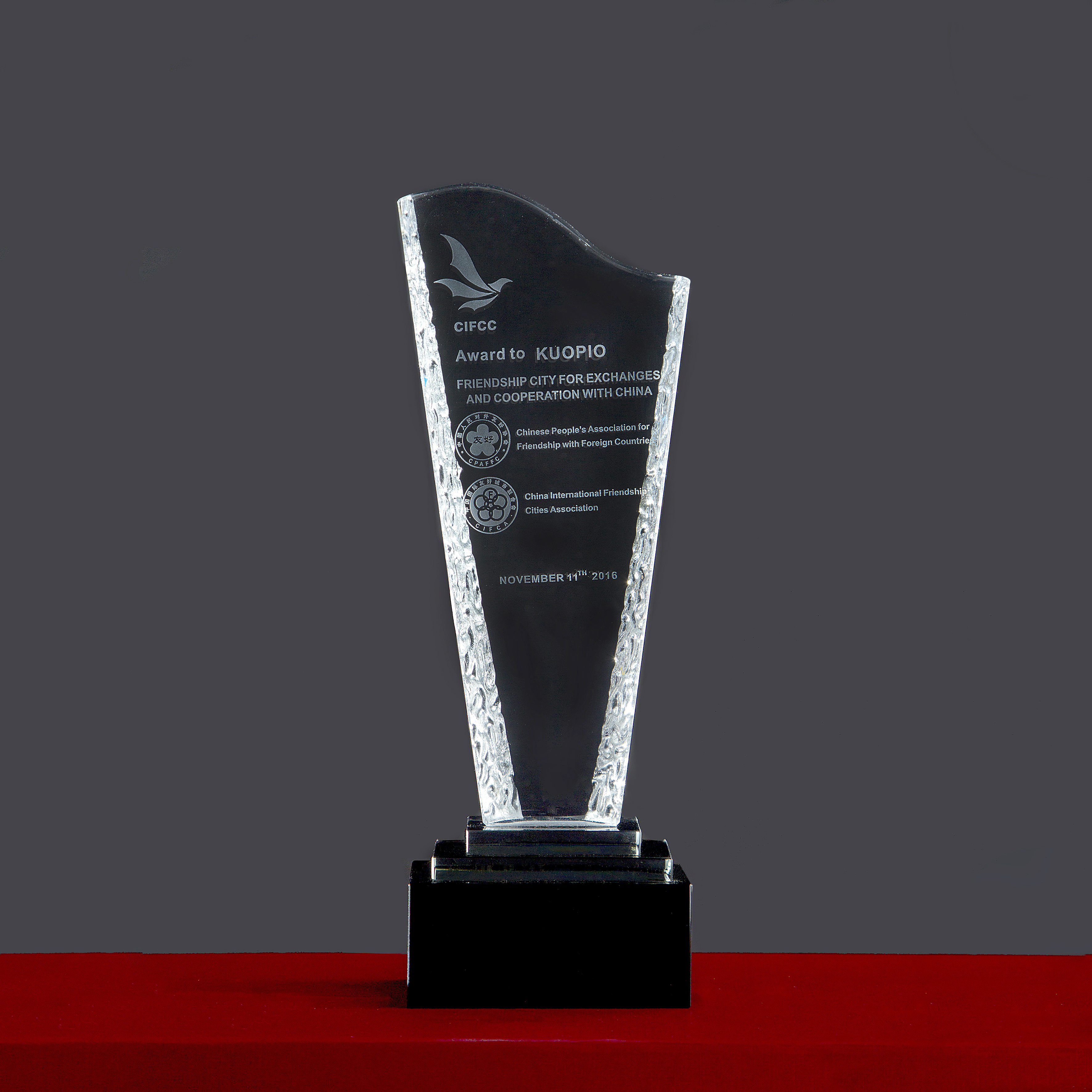 The sister city agreement between Kuopio and Pudong New Area was signed in 2012, but cooperation began as early as 2000 with an assessment of the opportunities for collaboration between the technology centres. Subsequently, cooperation between the cities has deepened, especially with regard to educational and cultural exchanges.

Moreover, in collaboration with the Kuopio Region Chamber of Commerce, the City of Kuopio has built up important networks in Shanghai for companies interested in Chinese markets. One of the aims of the anniversary exhibition is that it will act as a networking and meeting place for Finnish companies.

“On our mission to the anniversary exhibition in Shanghai a group of strong professionals have been working closely together.”

On a mission to Shanghai – Glass art world tour