Home » Talentree has a strong understanding of people, technology and business

Talentree has a strong understanding of people, technology and business 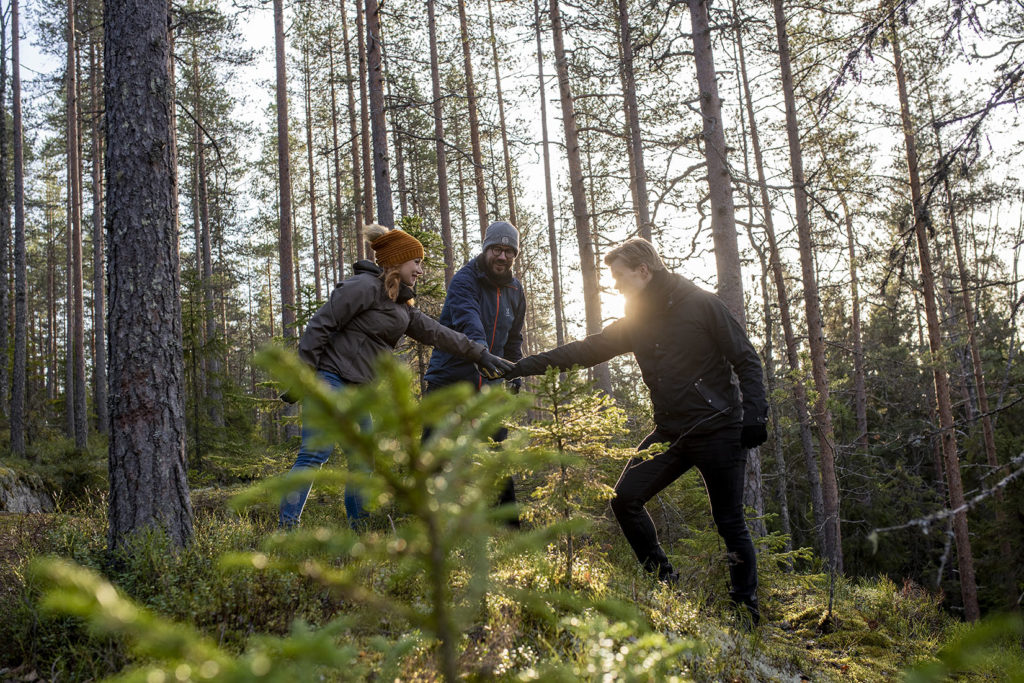 One of the founding members of Talentree and Chair of its present Board of Directors Antti Haapakorva previously worked for consulting firm Accenture in Helsinki. Over time, Haapakorva’s family’s longing for their former home district grew too strong to ignore and a path of new opportunities opened up in Kuopio.

Ville Vainikainen managed to persuade Haapakorva to get involved in a generational change at VA-Varuste, a manufacturer of boat accessories co-owned by the two men’s fathers. Haapakorva accepted the challenge and business ran smoothly, although hardships could not be entirely avoided. Despite them, the fathers firmly believed in their sons.

“Entrepreneurship in an SME and the experience of working for a big consulting firm planted the seed for Talentree. Those two worlds are separated by quite a wide gap and I started thinking about ways to bridge that gap. I had this idea of a modern consulting firm that would also understand SMEs. This burning desire would not leave me alone so I had to start writing my own company story,” Haapakorva recalls.

The father’s belief in his son’s visions never wavered and he agreed to co-found Talentree. The year was 2010.

In the beginning of its journey, Talentree focused especially on the needs of SMEs from the perspective of strategy and board work. The assumption was that businesses have many development needs, but lack the time to examine them objectively. Talentree’s repertoire of services has grown over the years, along with clients’ needs. At the same time, the company is serving even bigger high-growth companies.

“Our services culminate in our understanding of people, technology and business. Our strength lies in the intersection of these three elements. In practice, our company has five business areas: strategic consulting, digital marketing services, software development, financial administration outsourcing services and the management of work ability. The last two are under separate subsidiaries,” says Haapakorva.

In 2019 Talentree made the biggest strategic change in its history and set out to strengthen its capabilities in technological solutions. The company promised to hire 100 coders by the year 2025. At the same time, Kimmo Vainikainen was promoted to CEO from within the company. He possesses strong experience in growing software business.

Management methods should be constantly challenged

According to Haapakorva, success is usually the sum of many parts. It not only requires the right timing, but also systematic hard work and having the courage to set your goals high enough. You need courage and discipline to pursue your goals, and just the right amount of tailwind to help you along the way.

In Haapakorva’s experience, a high-growth company can almost always expect some bumps along the way. Talentree has been no exception, and this is above all a strength in Haapakorva’s opinion. Bumps are often a sign that the management model or method is creating a kind of glass ceiling for business development. In his view, management should be constantly challenged. The thing that brought a company to a certain point may not necessarily drive it forward. You should be able to critically assess your management method. You should also choose the main strategic direction of your company and update the strategy whenever there is a fundamental change in the business environment.

“I have often said that it is easier to change the direction a car is going when the wheels are already in motion. You should think about what you want to aim at, start moving and remain open to the possibility of choosing new routes along the way.”

More business advice by Talentree can be found in the book “Pelastetaan strategia”, written by Haapakorva and Mika Sutinen, a partner and board member at the company. The book was published at the turn of August. Writing the book has been hard work for the expert company itself; its strategic thinking has once again taken a big leap forward.

Attractiveness of Kuopio benefits companies in the region

According to Antti Haapakorva, Chair of the Board of Directors at Talentree, the attractiveness of Kuopio benefits all the companies that work here.

“If all the companies would come together to make some noise about the great jobs available in the region, their voice would be heard much further away. The impact is not as great if every company does this on its own. Fortunately, measures are already being planned to address this issue.”

The city of Kuopio is an important strategic partner for Talentree, and according to Haapakorva, the city has a positive, pro-entrepreneur approach that genuinely looks towards the future together.