Basic engineering of Finnpulp’s bioproduct mill has started. Company’s mill will be built on the site in Sorsasalo in Kuopio, for which the city plan was enforced earlier in January. Basic engineering for this world’s largest bioproduct mill that uses only softwood will last about one year. Engineering work now starting will form basis for the final investment decision by the company. This is due to the first half of next year. The decision also will mean construction works of the mill to start. 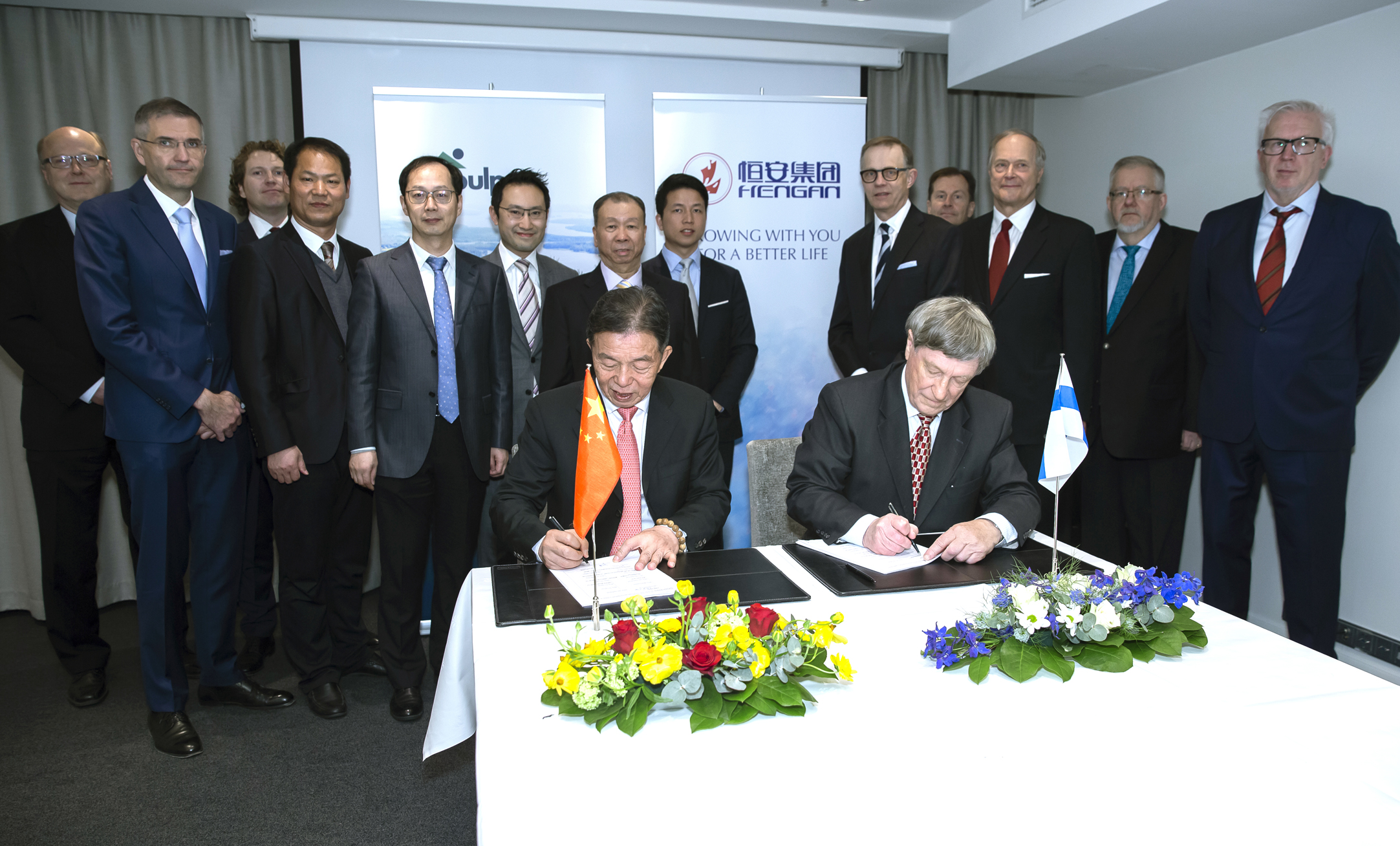 Owners of Finnpulp will finance approximately 15 million euros basic planning period. Before starting the engineering work, the company has increased its owner base. Hengan International, which is China’s most significant tissue and hygiene product manufacturer, became a shareholder of the company. The EUR 11.7 million investment made by Hengan entitles to 36.5% of the share capital. In the future Hengan has a possibility to increase its share of the company up to 49%.

Hengan International is listed on the Stock Exchange of Hong Kong, and its share of China’s growing personal hygiene product markets is 20% (2016). Founder family is still responsible for the management of the company, which has been chosen in international forums among to the most respected Chinese companies in business management, innovation and taking care of the environment and workforce responsibility.

At the same time with Hengan becoming a new shareholder, the previous owners MTK and Grizzly Hill Capitals have raised their investment in Finnpulp. After the issue the both parties will have 11,5 % of the company´s ownership.

Expectations are to get the verified environmental permit next summer

The Regional State Administrative Agency granted the environmental permit in March 2017 for Finnpulp’s Kuopio bioproduction plant. The strict terms of the permit maybe the tightest ever been set to production plants in Finland or elsewhere. Terms are also stricter than the EU’s best practice requirements for the industry. However, complaints have been made to permits, and they are now under process. The court decision on claims is expected to be ready next summer. The probated environmental permit is precondition for proceeding to the next phases.

Finnpulp’s bioproduct mill will be the world’s largest softwood pulp mill. The total amount of the investment is 1.4 billion euros. The project will have an employment impact of 5,700 person-years. Once completed, the bioproduction mill’s effect on Finland’s export income will be +1%, and it will create 1,500 new permanent jobs in Northern Savonia and 3,400 in the national value chain. 200 people will be working at the site once operations commence. The mill will use 6.7 million cubic meters of raw wood material per year.