The fifth anniversary of the sister city agreement between Kuopio and Pudong, Shanghai, was celebrated jointly with the opening of an exhibition at the Shanghai World Financial Centre on 12 October 2017. The exhibition runs until 27 October. 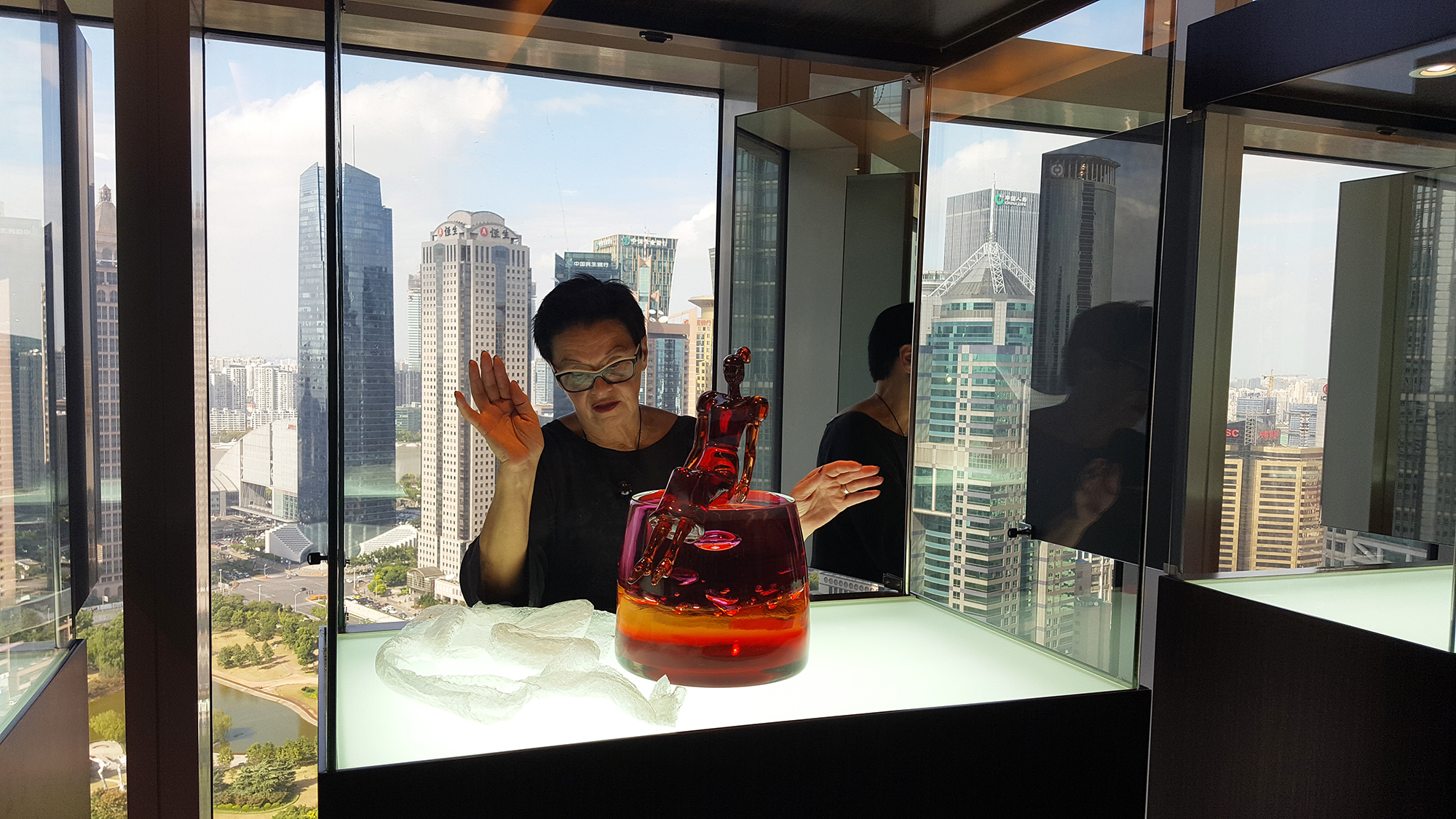 The respected glass artist/designer Ritva-Liisa Pohjalainen has created an exhibition of 50 unique glass sculptures reflecting aspects of Finnishness and telling the story of a Finnish woman. The exhibition is part of the Finland 100 events in China. The City of Kuopio is presented in the gallery under the theme of Capital of Lakeland.

“Ritva-Liisa Pohjalainen’s exhibition is one of the Consulate General’s main Finnish anniversary events. We are very proud to be able to present an exhibition of a Finnish artist in Shanghai,” said Finland’s Consul General, Jan Wahlberg, on the opening day of the exhibition.

Lakeland atmosphere in a skyscraper

The Kuopio company Fantasia Works conjures a Finnish lakescape on the windows of the skyscraper. Through videos, the viewer is taken into the soothing embrace of a Finnish lake environment, to the accompaniment of birdsong. The videos also highlight the strong local health and wellness expertise and present Kuopio as a city of international education and high-quality arts and culture.

The delegation also had a representative from the virtual reality software company 3D-talo. The Managing Director, Iiro Naamanka, encouraged guests to experience Tahko’s ski slopes through a 3D VR headset.

“Finland and the United States are currently two of the leading countries in VR technology, and it’s interesting to bring 3D modelling for tourism as part of the exhibition.”

Tourism and business collaboration in Shanghai

The tourism representatives from Kuopio celebrated the opening of the exhibition in a happy frame of mind. On the next day, they had a meeting with a dozen or so major tour operators based in the Shanghai region. Also involved were Visit Finland and Finnair.

In the opinion of the Managing Director of the Kuopio Region Chamber of Commerce, Silja Huhtiniemi, Chinese markets require long-term efforts. The purposeful work done by Kuopio over the years in various fields is now bearing fruit, and it is easier for businesses to establish direct contacts with the region.

“Companies themselves still have a lot of work to do, but a bridge has been built.”

For more information on the cooperation between Kuopio and Shanghai: