Standing on top of Tahkovuori hill, Panorama Bar has grown from a small hillside café to a scenic restaurant that is open year-round. The next growth spurt will create a hotel around the restaurant with scenic suites and a forest spa that uses spring water. 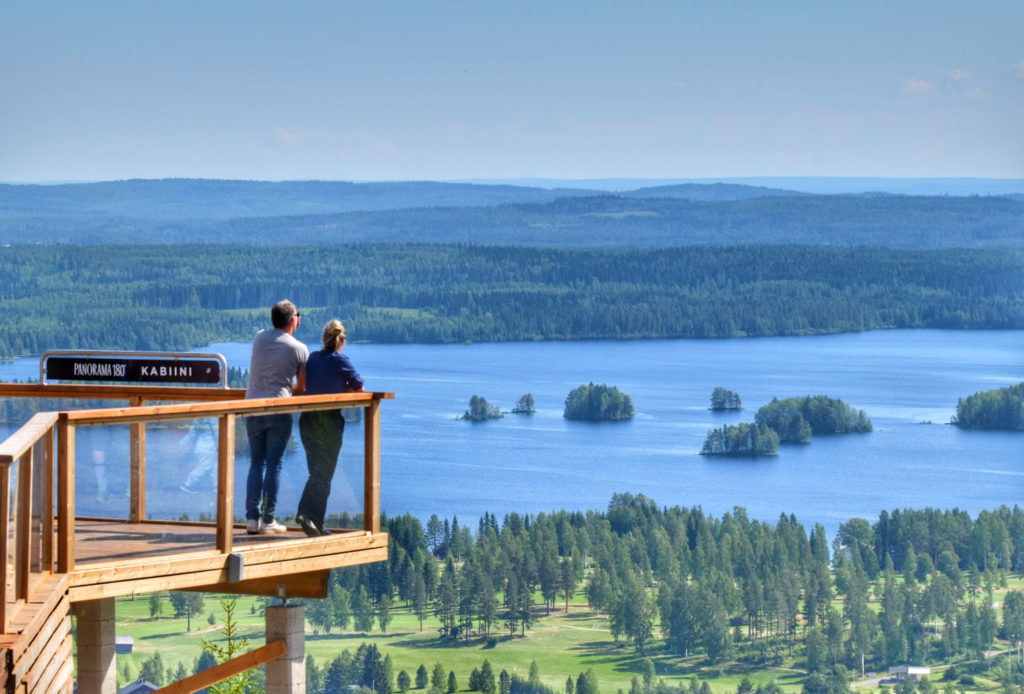 The owners of Panorama Bar, Harri Jokela and Katja Kuulusa, are seasoned entrepreneurs. They were in their early twenties in 1997 when they received the Franchise Entrepreneur of the Year award for their doughnut business at the time.

“That was a fine moment. As a young chap, I hardly understood what the award was for when I took a bow in front of the minister who presented it,” says Jokela with a laugh.

Doughnuts were what also brought Jokela and Kuulusa to Kuopio when they established an Arnolds café in the city. Kuopio soon became the family’s home, and in 2008 Jokela left his restaurant job to became the director of a ski school at the Tahko Ski Resort.

“The previous entrepreneur of the hillside café at the top of the resort was closing down around the same time as Harri started working at Tahko. The owner of the ski resort asked if I would be interested in running the café since we had some experience in restaurant entrepreneurship. I took on the challenge and here we still are,” says Kuulusa.

Expanding to become a hotel and a spa

Panorama Bar was expanded in 2016 to become the 575-seat restaurant complex it is today. At the same time, Jokela left his job as director of the ski school and joined his wife as a full-time entrepreneur. 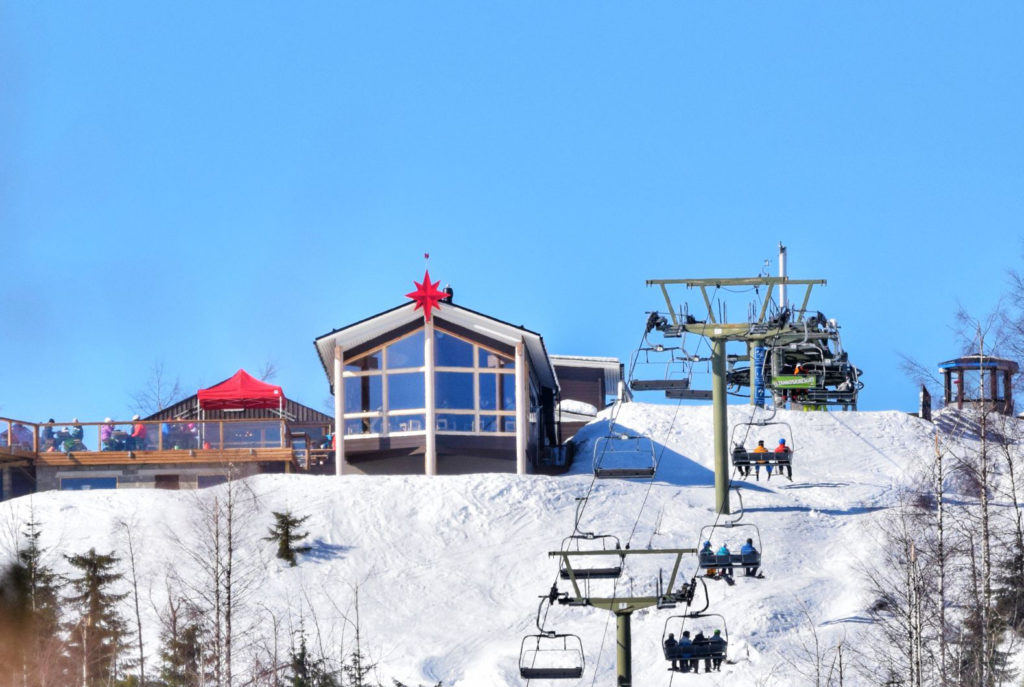 Panorama Bar now provides restaurant and event services for a variety of needs. The scenery overlooking Lake Syväri has provided the backdrop for numerous weddings, christenings, birthdays, family reunions, graduation parties and corporate events. In addition, the restaurant hosts events of its own, such as Oktoberfest and Super Easter. The traditional after ski party with its live music is also popular.

“Our events have a special element to them because the restaurant is located off the beaten track, as it were, although we do have a road that runs here. We can arrange transportation to a party on a snowcat, for instance, which is an experience like no other,” says Jokela. 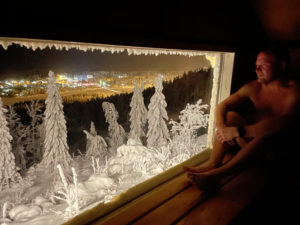 Jokela and Kuulusa are now ready for the biggest investment in their history as entrepreneurs as there are plans to build a hotel, a forest spa and a second restaurant at the top of Tahko. The plans for the project were recently completed. The spa will have three separate outdoor pools and three wood-heated saunas built from hand-carved logs. The most unusual sauna is the treetop sauna, which will be so high that the windows look over the treetops.

The pools in the spa will be filled with water sourced from a local spring. The story of the spring is linked to the expansion of Panorama Bar: the authorities demanded that the restaurant must have running water, and the entrepreneurs remembered hearing that there had been a spring in the area. An excavator driver hired for excavation work knew where the spring should be and eventually it was found.

“The spring produces 15 cubic metres of water a day and has not run dry even in the hot summers, although we get all our water from it. There is so much spring water that we even use it to brew our own beer in a brewery,” says Kuulusa.

Ability to react quickly was helpful during COVID-19

Experience has taught the entrepreneur couple of Panorama Bar that changing situations require quick responses. This was also the case when COVID-19 took the restaurant industry by surprise. Jokela and Kuulusa immediately applied for permits that would allow them to sell takeaway alcohol during Easter – one of the busiest seasons. Other restaurants in the Tahko area did not have such permits.

“Our customers were extremely happy to see that we had prepared for the situation. We usually try to keep our ears open and eyes alert to know what is happening at the customer level; that is one of the key factors for our success,” says Jokela.

In addition to the ability to react quickly, the entrepreneurs of Panorama Bar emphasize the importance of networking and cooperation. They believe that the success of one will produce success for others as well. Another key factor is to believe in what you do.

“The market economy is based on having a product that you believe in and that you work for. At some point, the product will start to pay off and bring in customers. This has already happened for us, but the same goes for any company in any industry. We are all subject to the same laws,” says Jokela. 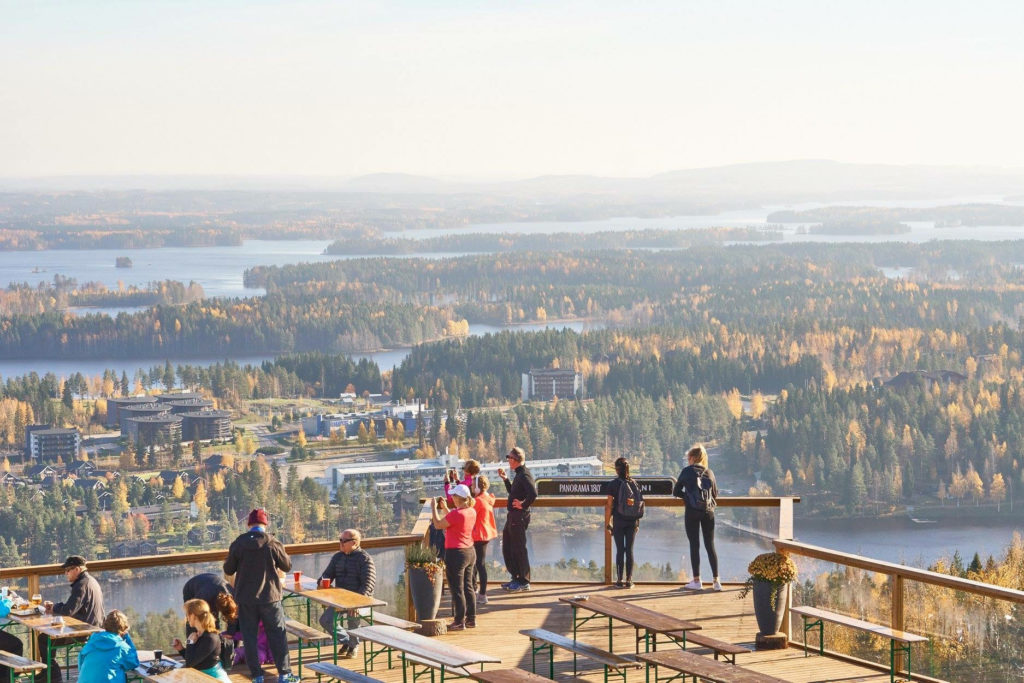