Home » Tireless bot as a co-worker and customer service representative

Tireless bot as a co-worker and customer service representative

Chatbots work tirelessly to help people. Depending on the bot’s level of training, it may become an intelligent co-worker who can help your team with routine issues and peak hours. 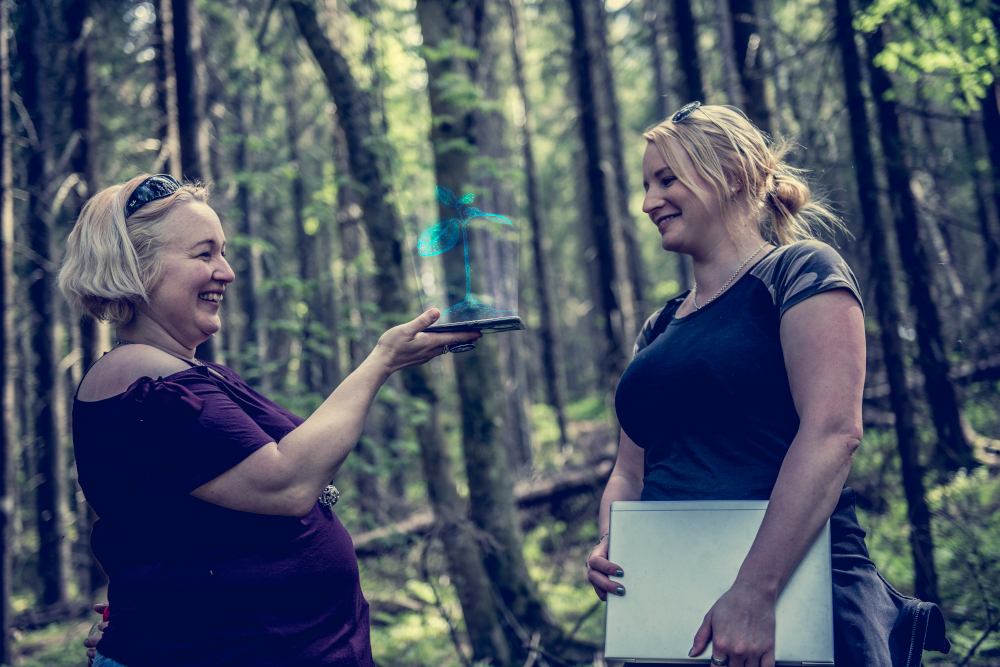 First, websites of companies and organisations introduced chats, i.e., the possibility of real-time communication with a customer service representative. The threshold for rapid questions became lower. The development continued towards a robot helper, a chatbot that thunders on with the power of artificial intelligence and answers questions even in the evenings and on public holidays.

– A well-trained chatbot is almost as good a chat partner as a person. At its simplest, a bot can answer routine questions, but at its best it can identify the customer’s problem and suggest solutions for it, describes service architect Ingrid Bodor-Pirttijärvi from Gofore.

Milla Porkka, the project coordinator of the Human-Centric Digital Municipality project (IDK), says that the City of Kuopio maintains three bots, one for the city’s sports services, one for the Classical High School and one for the Po1nt network for national youth information and counselling.

– We gathered the needs and wishes of the City of Kuopio for the chatbots. Business Kuopio, the city’s telephone service centre and the Kuopio library, among others, were eager to join the development work, Porkka says.

Artificial intelligence in training – how to make a bot a co-worker?

Business services of Business Kuopio were chosen as the first pilot case of the new era. The project, which began in November, aims to provide the team with a summer trainee bot next spring.

– Our goal is to improve the customer experience and refer corporate customers to the right service or expert as quickly as possible. There are several actors in the Kuopio area that offer services to entrepreneurs, and sometimes finding the right service can be a long and winding way, says communications designer Reetta Airaksinen from the City of Kuopio.

During a two-month period, goals and target groups have been defined in the bot’s development workshops. Business Kuopio’s first version serves especially regional entrepreneurs, such as future entrepreneurs, start-ups and growth-driven businesses. Later, the aim is to develop the bot’s intelligence in such a way that it can also help other target groups, such as investors, stakeholders and partners. The first version can answer frequently asked questions (FAQ for short), refer you to the right service or expert, and give little advice.

– During the first few months, we have also been thinking about the design and personality of the bot. In the workshops, for example, we define how the bot greets, what kind of tone of voice it has, what it looks like and what kind of co-worker it can become for Business Kuopio, Airaksinen describes.

Bodor-Pirttijärvi, who coordinates the workshops, says that the workshops are an intensive work period. For a newcomer, it may come as a surprise that it takes time just to understand the operating logic of bots before producing any content for them. The participants prepare themselves for the weekly design workshops with theme-appropriate preliminary assignments, and the operating logic of the bots is studied in the actual workshops.

– The basic design of the bots takes about two months. At this point, the bot is still completely empty, but the bot whisperer knows the basic process and concepts. The FAQ-type bot built on an empty bot will be ready in about three months, and a much smarter version will require six months of work, Bodor-Pirttijärvi calculates.

The bot’s intelligence can be developed indefinitely. It can, for example, know how to recommend services, redirect to another bot, notice alternatives and ask questions in a conversation, and provide a customer with more sophisticated conversation paths. Generally, you should release a pilot version first, after which you can continue developing the bot gradually.

– It is hoped that the bot can become a hard-working team member who can serve customers at any time. Later, it could possibly also be used to collect leads and data. It will be interesting to see what the Business Kuopio bot can do in the future, Airaksinen ponders.

Smarter bots with the aid of AuroraAl network

The Kuopio pilot is the third bot utilising the AuroraAI network. Bodor-Pirttijärvi has also been involved in the design of two previous pilots, namely the City of Tampere bot and the nationwide Hytebott aimed at young people.

One of the benefits of the AuroraAI network is that it can read the suomi.fi web service. The web service could be described as a common library of all public organisations, where each party is required by law to store information about the services and service channels it provides. The service aims to ensure that individuals, businesses and authorities can find all the information in one place.

– The AuroraAI bot can also make service recommendations. Any Finnish actor can join the network, and in theory the Tampere bot can also recommend services from Kuopio or vice versa, if the service is just right for the customer’s situation and needs, Bodor-Pirttijärvi describes.

How is the bot in the reference city Oulu doing?

OuluBot project manager Sirpa Myllymäki and bot whisperer and content producer Hanna Korpiaho say that the virtual helper OuluBot has been in use for about a year in Oulu.

OuluBot is able to answer, among other things, questions about public transport, parking and Omahoito welfare service, as well as the services of BusinessOulu. The virtual assistant has “one brain”, so to speak, i.e., you can start a conversation with it on the City of Oulu’s Facebook page or on some other city website and you will always be facing the same bot.

The bot has been well received by the citizens, with about 24,900 conversations starting during the first year. The bot is able to answer questions related to the service topics taught to it well. In the Oulu10 service, for example, it has been noticed that fewer chat conversations are now directed to human customer service representatives.

In Kuopio the development of bots also continues further into other service areas of the City of Kuopio. The purpose is to lighten the load on customer service, as the bot can answer the routine questions of several customers at the same time. Simultaneously, common guidelines for the deployment of bots will be created for the entire city organisation. The next in line for development is the customer service for library services.

– The official launch, open to everyone, will be held remotely on Wednesday 22 December 9-11 a.m. I encourage everyone come online to learn more about chat bots, listen to the experiences of Business Kuopio and see how the creation of the library bot starts, Porkka suggests. You can get a link to the event by sending an e-mail to milla.porkka@kuopio.fi.

Funding for the Human-centric Digital Municipality project (IDK) (1.1.2020-31.12.2022) is provided by the European Social Fund, Centre for Economic Development, Transport and the Environment of Southern Savonia, the City of Kuopio and the Savonia University of Applied Sciences.